The history of Överhogdal´s tapestry

Some of Europe’s most remarkable cultural treasures are the tissues of Överhogdal. They are dated to end of the Viking Age, 1040-1170 AD, and are the oldest preserved interior textiles in our time. The fabrics consists of five parts, four of those are made by a looping technique, and one is a double weave. Among the motives are several animals and people, Viking ships, buildings and trees.

The tapestry was found by the artist Paul Jonze in a store-shed next to Överhogdal church in 1910. He describes how he made his find:

“The tapestry was neither rolled up nor hanging, but lay like large rag crumpled up on the floor to the right of the door. It lay among dusty mouldings and other bits of interior decoration, old round timber of birch, wingless angels and other such varied rubbish that is collected over the years in similar storage places. Whether it had lain in the wooden store-shed for a long time or not has not been established...” 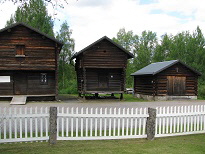 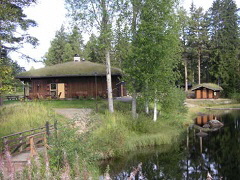 The fabric of time can never be undone. The fabric of time will never end. The Destinies will always spin on , the thread of Fate runs through their hands. What the hand of mankind did so long ago, in perishable wool and flax, ought to be gone by now. And still the tapestries are left...

What to see in our Museum 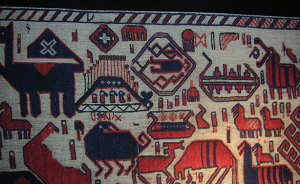 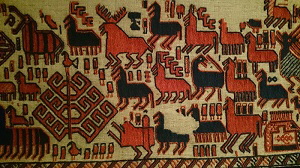 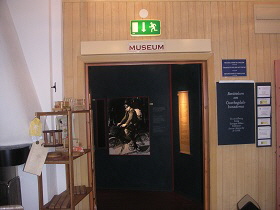 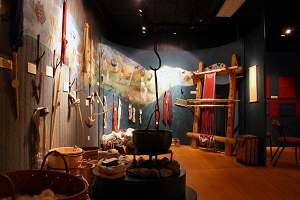 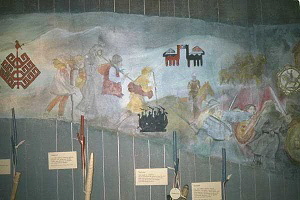 The Överhogdal tapestry is the oldest textile in Sweden containing scenes of people in action; radiocarbon dating places it at AD 1040-1170.  What the scenes depict is disputed. An oral tradition in Nordic countries was taken over by medieval writers, some originating from Iceland. Pictorial art was based on the same oral tradition but mostly made use of fragile materials. Many pictures have, therefore, been lost.

This study connects the visual content of a tapestry fragment with a specific scene in a selection of medieval texts, i.e. a story from the Heimskringla by Snorre Sturlasson. Connections were found by means of a detailed description of each picture element: men, outfits, weapons, animals etc; by contrasting traits within the picture proper with content analysis; by choosing specific objects in the scene that can be identified in both the texts and the tapestry; and by searching for clues in the selected texts.

A close similarity was found between the visual representation and a specific episode in Harald fairhair’s saga.  In this scene, Erik Bloodaxe’s crew finds Gunnhild, a beautiful Saami sorceress during a raid; she has two Saamic suitors killed by Erik’s men; and then she elopes with Erik. The picture shows the moment when, before the murders, she puts the two young men to sleep.

Some of the dresses, a tree turned upside down and a sacred site are identified as Saamic; female dresses, a Viking ship and a stag as Norse cultural markers. The similarity with a small Viking age textile fragment from Norway is noted.

From Arkeologi i Norr 2014, english summary 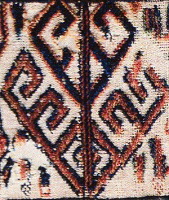 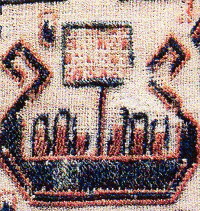